Numbers of tourist attractions and events in Japan are temporarily closed or cancelled due to the prevention of Coronavirus (Covid-19)
The information might change day by day, so we advise you to check their official websites before visiting. 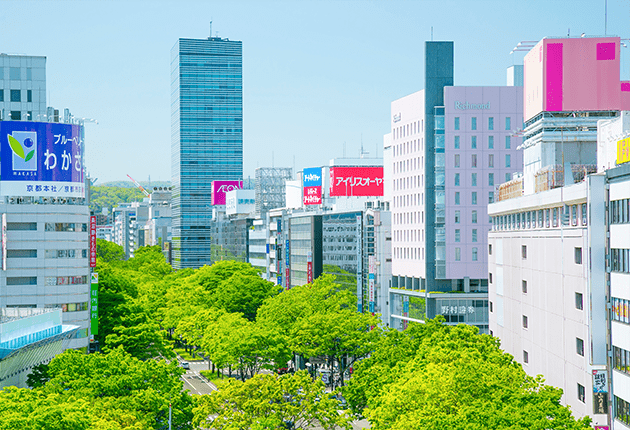 The largest city in the Tohoku region of Japan, accessible from Tokyo in 90 minutes, it is perfect as a gateway for a trip to the Tohoku region. By harmonizing the elements of vestiges of the castle town reminiscent of the era of Sengoku warlord Masamune Date, Sendai came to be widely known by the name "city of greenery". It is also endowed with attractions such as hot springs, gourmet spots, festival and many events. It is the venue of Japan's largest Tanabata festival.